Editors Note - Originally I wrote this piece for the Midnight Freemasons about four years ago. Wow, how time flies. I was reading another edition of The League of Extraordinary Gentleman recently and I though about this piece. I thought I'd share it again, now that so many comic movies are coming out and the Fraternity get so much more play in the pop culture scene today. Enjoy! 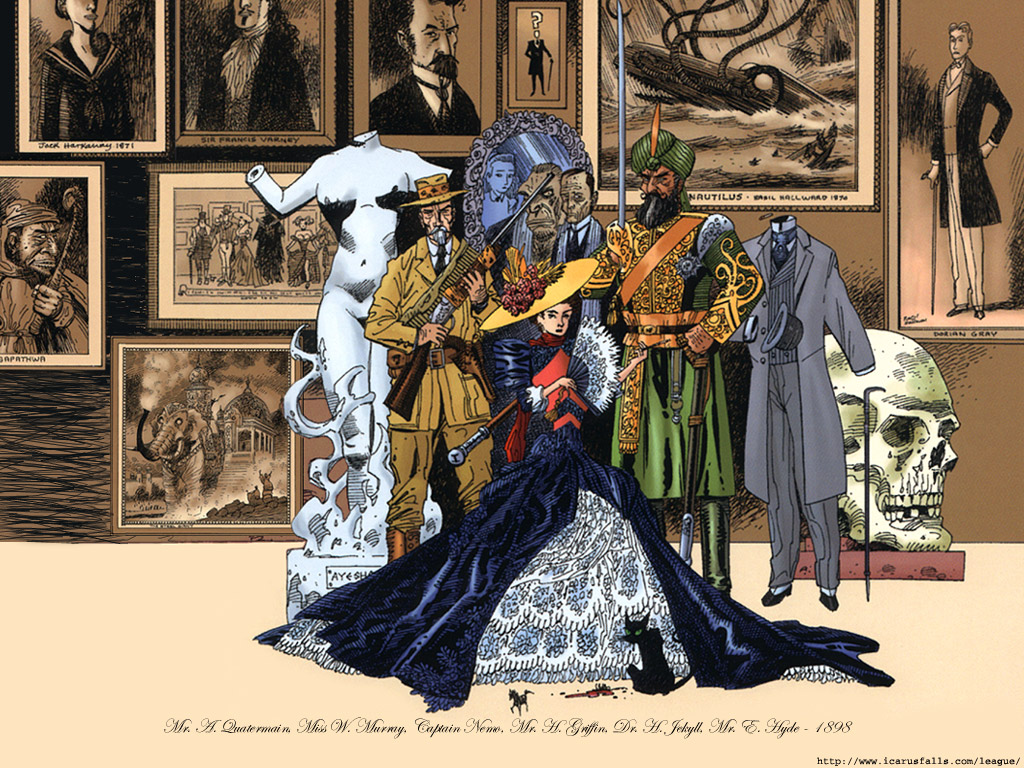 In the recent pop culture explosion and success of comic books and movies that bring in millions, I am reminded of an English writer who brought some wild, controversial and downright odd stories to paper…and eventually into the movie theater.

Alan Moore, is the one who gave you the movie From Hell, The League of Extraordinary Gentleman, V for Vendetta and most recently The Watchmen. Moore is not a Freemason, but he does study occultism--I know the term sounds strange, but let’s just remember that occult means secret.

Alan Moore has given some insane story lines in his comics and stories many of which keep the mysteries of Freemasonry alive. Take the League of Extraordinarygentleman for instance; the comic series is littered with the jewels of a Fellowcraft and Master Mason. In fact in my count in the first book in the series, there are at twenty-one drawings of the square and compass in various forms. Not disguised either.

Check these books out if your into graphic novels, they are a good read, but mind you, there is extreme subject matter, nudity, violence, drug paraphernalia, and other adult themes. Read at your own risk and let me know how many Masonic things you can find.

Bro. Robert Johnson, PM is the Managing Editor of the Midnight Freemasons blog. He is a Freemason out of the 1st N.E. District of Illinois. He currently serves as the Secretary of Waukegan Lodge No. 78 where he is a Past Master. He also serves as the Education officer for the 1st N.E. District of Illinois. Brother Johnson currently produces and hosts weekly Podcasts (internet radio programs) Whence Came You? & Masonic Radio Theatre which focus on topics relating to Freemasonry. He is also a co-host of The Masonic Roundtable, a Masonic talk show. He is a husband and father of four, works full time in the executive medical industry and is also an avid home brewer. He is currently working on a book of Masonic essays and one on Occult Anatomy to be released soon.