I Have a New (Old) Skill

Latin is a dead language
Dead as dead can be
First Latin killed the Romans
Now it's killing me. 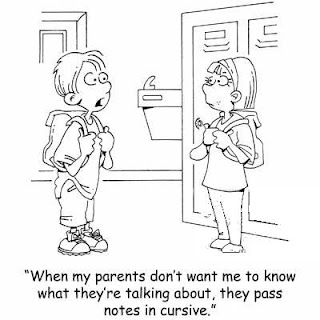 There were times I felt as if that was my anthem during the four years of Latin I took in high school.  Latin?  Four years?  Why?  I had my reasons… beyond openly exhibiting the fact that I was a pathological masochist.  Even back then, however, I knew — and others did not hesitate to point out — I was studying a language no one had spoken for centuries.

Maybe so, if I was looking for a functional language; but not if I was interested in the Roman history that went along with studying the language; not if I wanted to study a language that formed the basis of many others and led to a better understanding of English.  Besides, when I took my college entrance exam, I tested out of all language requirements.  Take that, ye naysayers.

Still, I would never have advocated Latin should be a required subject.  To some it was, and remains, unnecessary… irrelevant… maybe even useless.  Today, many high schools don't even offer it as an elective.  I think that's unfortunate but I guess it's a sign of our times… and school budgets.

So now, it seems a new subject is the target of those who think it's unnecessary, irrelevant or maybe even useless: call it cursive, longhand, script or, in my case, scribble.

"Irrelevant," they say again, "We're all typists… uh, make that keyboarders," as they toss it onto the junk heap of forgotten subjects along with music, art and God knows what else – maybe Freemasonry; lots of people think that's archaic, too.

This, too, I think is unfortunate.  There is something to be said for studying subjects beyond the "Three Rs" — to broaden our cultural backgrounds.  But, sigh, I understand.  We must be practical.

I spent the bulk of this past year transcribing the Masonic memoirs of Frederic L. Billon, a 19th century Grand Secretary in Missouri.  Written in fading longhand, this was a difficult task, but well within my capability — and probably yours, given the fact schools didn't ditch cursive before our time.

As I went through this exercise I realized, in years to come, what I was doing would be a specialized skill.  Without its use being universal I can see cursive becoming a prerequisite for someone wanting to study history, as long as history doesn't fall off the educational cliff, too.  Those Founding Fathers didn't use keyboards.

I suppose I could be an old fogey and lament the passing of another "useless" subject, but I might as well accept it and take heart in the fact I have a new (old) skill: I am a cursive specialist.

Cursive is a useless thing;
I've other skills to hone.
They should have written the Bill of Rights
On an Android or iPhone.