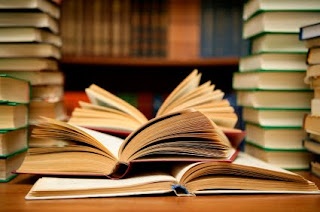 Now that I'm back to working on the last book in the Famous American Freemasons series, I'd forgotten how much work goes into the research.  Basically, one of my chapters (which aren't very long) takes at least a week to research, and a couple evenings to write.  But it's fascinating.  Try it.
Spend a week learning about a person you admire--read a biography or two about them, look up their famous quotes, read their personal letters and published works.  Get to know them.  Better yet, do the same thing with somebody you don't like--maybe you'll find out something you didn't know.
There was a Mason in my first book I didn't really want to write about, but I didn't see how I could get around it--if I'd left him out it would have been obvious.  After a week of researching the man, my whole opinion of him changed.   I realized I'd formed an opinion of the man early on, based on just one decision he made, without understanding who he was, or why he made the decision he had.  You can't imagine how stunned I was when I had to admit to myself, that put in the same situation, I'd have probably done the same thing.  The experience has changed the way I look at a lot of things.
Anyway, I'm finally getting my groove back, and I'm having a good time with it.  I've got a great line-up of famous Americans in this one.  I think you'll enjoy it.  I went to the library yesterday at lunch to pick up a few books I'll need over the three day weekend, and the libarian looked at me and said "we thought you were dead."  Then she charged me a 90 cent late fee that had been on my account for over a year.  Nice.  Do you think I can take that off my taxes as a business expense?