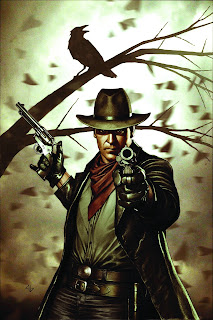 StephenKing.com is proud to announce The Dark Tower: The Wind Through the Keyhole. The next installment of the epic series is set for release in 2012.
"It’s not going to change anybody’s life, but God, I had fun."
~Stephen King
about "The Wind Through The Keyhole"

It's long been rumored that Stephen King was working on another Dark Tower book--that would be Volume VIII!  Well, it's true, and you can pre-order it at Amazon.com right now.  According to the Amazon listing, the book is scheduled for release April 3, 2012.

Sounds like it's going to be a story within a story, much like Wizard and Glass that tells about one of Roland's early adventures.  I guess we'll just have to wait until April 2012 to know for sure--and that should give you just enough time to re-read the first seven volumes.  Just in case you've forgotten the order, I'll help you out.
Happy reading.