Mason Or Freemason: Which Is Correct? 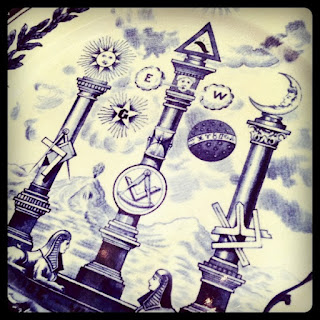 I overheard a long conversation recently on which term was appropriate to use--Mason or Freemason.  I decided to look into it.

Both the term "Mason" and "Freemason" are used today, but "Mason" is more commonly used.  According to an article I read on Pietre-Stones, the first use of the term Freemasons appeared in a London publication in 1376 as two words Free Masons.  During the 15th and 16th centuries the term Mason and Freemason were used interchangeably, however, the term "Mason" was most often used to denote all workers in stone, and "Freemasons" were those that crafted and set the stones in a structure.

What's correct today?  There's a good chance you're either a F. & A.M. or A.F.& A.M. and were raised a Master Mason. Grand Lodges identify themselves as "Masons."  As we were all raised Master Masons, that's probably the most acceptable term.  However, I never found anything to indicated that the use of the term "Freemason" was incorrect.

So unless you're told by your jurisdiction otherwise, I think it's up to you whether you're a "Mason" or a "Freemason."   I tend to prefer "Freemason."  I sure hope I'm not wrong--if I am, I'll have to rename three of my books.

Todd E. Creason, 33° is the author of several books including the Famous American Freemasons series, and started The Midnight Freemason blog in 2007. Todd is the Past Master of Ogden Lodge No. 754 (IL), and a member of both the Scottish Rite, and York Rite. He's also a member of the Ansar Shrine (IL) and Charter President of the Illini High Twelve in Champaign-Urbana (IL)

Email ThisBlogThis!Share to TwitterShare to FacebookShare to Pinterest
Labels: Freemasonry