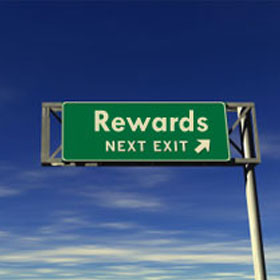 "It is amazing what you can accomplish if you do not care who gets the credit."
~Harry S. Truman
PGM of Masons in Missouri
DEFINITION OF REWARD: "A thing given in recognition of service, effort, or achievement."   That is what happened last night at our Job's Daughters meeting.  Every month we have a Job's Daughter of the month.  The girls attend meetings, Bethel functions and fun events.  Last night at our installation, the "Jobie of the Month" was announced.  It obviously took her by surprise--the look on her face was priceless.  The reward is a certificate, with her name and a Masonic quote on it.

It's nice to be acknowledged when you've done a good job, and very often, those who do the most in an organization are the most surprised when they do receive that much-deserved reward.  They are surprised because reward was never their motivator--for them, working at the things they feel are important is reward enough.

Is there somebody in your life that deserves a little credit where credit is due?  Have you ever received a reward that made you speechless?

I have . . . (to be continued)
~JAG
Judy Gordon considers herself a York Rite Child. She's very active in Job's Daughters. She's the Past Honored Queen, and Bethel Guardian of Bethel No. 55, Pekin (IL). She received the Cryptic Masons Masonic Youth Leadership Award along with her husband, Ray Gordon in July 2007. She's also Past Matron of the Morton Chapter No. 974 (IL) of the Order of the Eastern Star and Historian of the Emblem Club No. 424 of Pekin (IL) Ray and Judy have two (soon to be three) grandkids, and a very spoiled dog, Reggie (who incidentally volunteers as a Therapy Dog at local hospitals and nursing homes.)