Abraham Lincoln: Freemason Or Not? 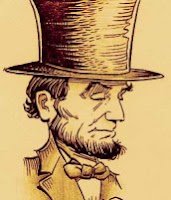 It is often said (incorrectly) that Abraham Lincoln was a Freemason.  The records are very clear--Lincoln was not a Freemason.
Now don't get the idea that it wasn't Abraham Lincoln's intention to be a Freemason--because it was.  He applied for membership in Tyrian Lodge, in Springfield, Illinois, shortly after his nomination for the presidency in 1860.  However, he withdrew his petition because he didn't want his motives for joining to be misconstrued as an attempt to garner favor in order to obtain votes. He advised the lodge that he would resubmit his application again when he returned from the presidency.  It was a decision that gained him a great deal of respect from the members of Tyrian Lodge. 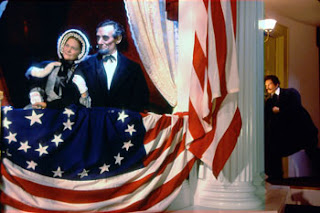 As we know, he never had a chance to fulfill that promise to join Tyrian Lodge in Springfield--he was assassinated at Ford's Theatre in Washington by John Wilkes Booth on April 14, 1865.
On the death of the president, Tyrian Lodge adopted a resolution that said "that the decision of President Lincoln to postpone his application for the honours of Freemasonry, lest his motives be misconstrued, is the highest degree honourable to his memory."
Tyrian Lodge still exists today, and those original documents are still around.  Most Freemasons agree that Abraham Lincoln would have made a good Freemason, as he demonstrated throughout his life those principles and ideals that the fraternity holds in such high regards.

So now you know.

Todd E. Creason is the author of Famous American Freemasons: Volumes I & II where you'll find many other great stories about famous Freemasons.