In Thirty Seconds: What Is Freemasonry? 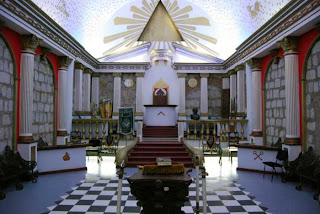 I wrote a piece a few weeks ago about some advice a friend of mine gave me—to always have that thirty second elevator conversation every Freemason should have ready in the event someone asks us that difficult question. I’ve never been very successful at doing that, which is why I write books instead of greeting cards. But I’ve been thinking about it. And every once in a while, I stumble on a theme that I think should be included in that short description of what Freemasonry is.

I write a monthly newsletter (that isn’t always monthly) for my lodge called The Master’s Gavel. In every edition, I ask somebody in the lodge to write the opening piece, and I ask them to write something that means something to them about the fraternity. In the last newsletter, our new Master shared his thoughts. He joined Ogden Lodge shortly after I did, and in the years since he joined, he’s gone through some adversity in his life, and he’s not only reinvented himself, but he’s rebuilt a life that is better than the one he had before. He wrote about that. He said:

“I’ve gone through my share of difficult times since I’ve joined, but after a few hours with the members of this lodge, I always leave our meetings and events feeling inspired. No matter how I’m feeling when I arrive, I always leave feeling better—filled with a desire to become a better man.”

We make a lot of friends. Freemasonry is unique because it removes all the things that usually divide us, and leaves us to work with just those things we all share in common—our values. Freemasonry is a collection of men from all walks of life, and once those barriers are gone, Freemasons find friends, and mentors, in men they would have never had the opportunity to meet or know in their everyday lives. Much of the inspiration doesn’t necessarily come from the ancient rituals we use to open and close our lodges, or the ceremonies of initiating new members—it comes from the friendships we make during our journey afterwards, sharing with and learning from each other. We learn a lot from each other. And for many Freemasons, the thing we value the most are the friends and brothers we’ve made along the way—that’s the thing we enjoy the most, and the source of much of the inspiration our Master spoke about in his opening piece. True brotherhood.