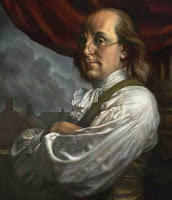 "A house is not a home unless it contains food and fire for the mind as well as the body."

We often see our homes as primarily a place to eat, relax, do our laundry, sleep, and pay our bills.  But a home is, at least should be, much more than that.  It's a place where families come together.  It should be a place of learning and sharing.  The strong bonds of a family begin in the home.  Too often in our modern world, we may all be together under one roof, but far from being together as a family--dad is staring at his computer, mom is on Facebook, son is in the basement playing video games, while sister is texting her friends in her bedroom.

What would happen, do you suppose, if we all took a couple hours a day, turned off all the modern devices in our homes, and had dinner together and talked about our day.  Perhaps afterwards, sit around the table and do a puzzle together or play a game?

It seems the more technology we gain, the more we lose.

Judy Gordon is very active in Job's Daughters. She's the Past Honored Queen, and Bethel Guardian of Bethel No. 55, Pekin (IL). She received the Cryptic Masons Masonic Youth Leadership Award along with her husband, Ray Gordon in July 2007. She's also Past Matron of the Morton Chapter No. 974 (IL) of the Order of the Eastern Star and Historian of the Emblem Club No. 424 of Pekin (IL) Judy is the recipient of the Degree of Royal Purple (2012) and elected as the Grand Marshal for Illinois Job's Daughters (2015-16). Ray and Judy have three grandkids, and a very spoiled dog, Reggie (who incidentally volunteers as a Therapy Dog at local hospitals and nursing homes.)

Todd E. Creason, 33° was the original Midnight Freemason. In 2012, Todd expanded his popular blog The Midnight Freemason into a collaborative effort Midnight Freemasons. Todd is the Past Master of Ogden Lodge No. 754 (IL), and a member of both the Scottish Rite, and York Rite. He's also a member of the Ansar Shrine (IL) and Charter President of the Illini High Twelve in Champaign-Urbana (IL)