How a fun-loving group undertook a very serious mission . . .


Forrest Adair,  Past Potentate of Yaarab Temple, Atlanta, was an attendee at the June, 1920, Imperial Session in Portland, Oregon, which was considering the establishment of a Shrine Hospital for Children.  Delegates had suggested funding the hospital with a $2 assessment to each member, but support for the project was unenthusiastic.  Brother Adair was somewhat resigned to the fact that the delegates would scrub the proposal.

Early on the morning of the vote, however, a minstrel, possibly inebriated, stood beneath his hotel room window playing "I'm Forever Blowing Bubbles" on his horn.  The song, about wasting time with frivolity, woke Adair and its meaning stuck with him.  He related it to the activities of the Shrine which, although it had its various charities at the time, was more about having fun. 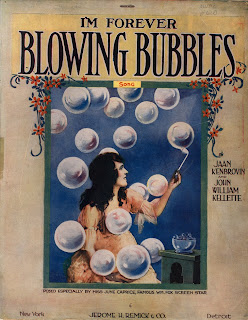 That afternoon at the session, as the delegates wrangled and the idea of a hospital seemed lost, Brother Adair arose and spoke passionately about his experience early that morning, “I am reminded of that wandering minstrel, and I wonder if there is not a deep significance for the Shriners in the tune that he was playing, ‘I’m Forever Blowing Bubbles.’  While we have spent money for songs and spent money for bands, it’s time for the Shrine to spend money for humanity. I want to see this thing started. Let’s get rid of all the technical objections. And if there is a Shriner in North America who objects to having paid the two dollars after he has seen the first crippled child helped, I will give him a check back for it myself.”

After Adair's speech, not only did the resolution pass unanimously but it also spawned a committee whose research indicated the Shrine should build not one, but a nationwide network of Hospitals.

W.B. Steve Harrison is a Past Master of Liberty Lodge #31, Liberty, Missouri.  He is the editor of the Missouri Freemason Magazine, author of the book Freemasonry Crosses the Mississippi, a Fellow of the Missouri Lodge of Research and also its Junior Warden.