On This Day in History: Henry Ford Dies in 1947

Automobile manufacturer, and Freemason, Henry Ford died on this day in 1947,

Ford was born July 30, 1863, on his family's farm in Dearborn, Michigan. From the time he was a young boy, Ford enjoyed tinkering with machines. Farm work and a job in a Detroit machine shop afforded him ample opportunities to experiment. He later worked as a part-time employee for the Westinghouse Engine Company. By 1896, Ford had constructed his first horseless carriage which he sold in order to finance work on an improved model.


Ford incorporated the Ford Motor Company in 1903, proclaiming, "I will build a car for the great multitude." In October 1908, he did so, offering the Model T for $950. In the Model T's nineteen years of production, its price dipped as low as $280. Nearly 15,500,000 were sold in the United States alone. The Model T heralds the beginning of the Motor Age; the car evolved from luxury item for the well-to-do to essential transportation for the ordinary man.

Ford revolutionized manufacturing. By 1914, his Highland Park, Michigan plant, using innovative production techniques, could turn out a complete chassis every 93 minutes. This was a stunning improvement over the earlier production time of 728 minutes. Using a constantly-moving assembly line, subdivision of labor, and careful coordination of operations, Ford realized huge gains in productivity.

In 1914, Ford began paying his employees five dollars a day, nearly doubling the wages offered by other manufacturers. He cut the workday from nine to eight hours in order to convert the factory to a three-shift workday. Ford's mass-production techniques would eventually allow for the manufacture of a Model T every 24 seconds. His innovations made him an international celebrity.

Ford's affordable Model T irrevocably altered American society. As more Americans owned cars, urbanization patterns changed. The United States saw the growth of suburbia, the creation of a national highway system, and a population entranced with the possibility of going anywhere anytime. Ford witnessed many of these changes during his lifetime, all the while personally longing for the agrarian lifestyle of his youth. In the years prior to his death on April 7, 1947, Ford sponsored the restoration of an idyllic rural town called Greenfield Village. 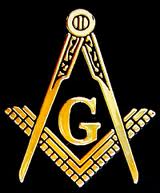 The Illustrious Henry Ford was raised on November 28, 1894, in Palestine Lodge No. 357 in Detroit, Michigan. The Masons that composed the degree team were dressed in overalls and worked with Ford at the Edison Company. He was a faithful member of this lodge for over fifty years. On March 7, 1935, he was honored by his lodge with a life membership and presented with a plaque commemorating his 75th birthday.

Ford often visited lodges near his summer home at Traverse City and his winter residence in Georgia. He made several visits to Zion Lodge No. 1, which was Michigan’s oldest lodge, and in 1928, he was made an honorary member. His brother-in-law, William R. Bryant, served as master of Zion Lodge in 1932.

He was honored with 33° in the Ancient Accepted Scottish Rite Northern Jurisdiction in September 1940. On that occasion, he said, “Masonry is the best balance wheel the United States has, for Masons know what to teach their children.”

A few years after Brother Ford’s death, two of his grandsons followed in his footsteps. Benson and William were raised in Corinthian Lodge No. 241 in Detroit, Michigan, on May 1, 1950. Both grandsons were 32° Scottish Rite Masons, and William was a Knights Templar.

Email ThisBlogThis!Share to TwitterShare to FacebookShare to Pinterest
Labels: American History, Famous Freemason, Henry Ford, On This Day in History