When Are You Going to Write Famous American Freemasons: Volume III? 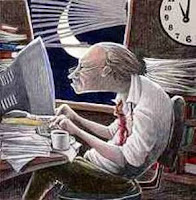 After I posted last week about the new novel I'm working on, I got a flurry of emails asking me about the long promised Famous American Freemasons: Volume III.  To date, there is no Volume III in the works, or planned in the near future.  And let me tell you a couple reasons why.
When I wrote the first two books, my plan was to write two books about Famous American Freemasons, and possibly a third that would include Freemasons from around the world.  People had a fit when I let that be known (Freemasons are a very patriot group).  So I changed directions pretty quickly, and I decided if I did write a third volume, it would be another all-American book.  However, I used the big names in the first two books, and what I was left with when I began planning the third in the series was a very weak line-up of famous Americans compared to the first two.  I've worked and reworked the list many times, and I'm not satisfied with it. 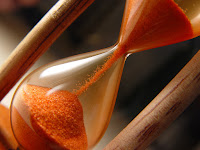 And there is another problem--time.  Researching and writing is time consuming. It takes about a week to research one chapter in my Famous American Freemasons books.  That's a lot of time in the library.  It wasn't so difficult a few years ago, but I've got a lot more going on now.  Full time job, a four-year-old at home, Master of my Masonic lodge, editor of a monthly newsletter, the blog, I'm taking classes again, and launching Moon & Son Publishing--not to mention the yard work, and errands involved in everyday life.

So when I do get a few hours to write, I tend to write a little lighter--fiction.  And I've really enjoyed it.  One Last Shot has done much better than I anticipated, and so I've decided to follow it up with another novel set in the same town, and with many of the same characters.  If the second one does as well as the first one has, we'll see where that leads.

I do have plans to write more non-fiction eventually if I can better organize my time.  Freemasons have a nearly universal inability to say "no" and as a result, we tend to be very busy people.  But I sincerely doubt there will ever be and Famous American Freemasons: Volume III.  However, I wouldn't be surprised if at some point I don't go back to the original plan, and write a final volume that includes non-American Freemasons.