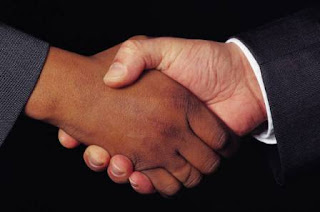 The brotherhood of man has long been known, but only for a short time been realized. And yet is still not practiced by everyone. What do I mean? Let us consider slavery, classes and bigotry. Certainly you would not let your brother be indentured into slavery, for he is your equal. Classes push fourth the idea that those of us with an excess of monetary funds (although not in all cases) will be of a better stock or more inclined to rule or govern other men. There is no doubt this has started to break down with the decline of monarchies but it is still alive and well within the political world. This paper being of a Masonic nature, we will leave it at that. Because politics is something that separates all men. Finally we come to bigotry.  Bigotry is the great divider of men. Not only does it tell us of colors and races, it lets us who are outside of bigotry's reach, know who is essentially unintelligent. Because if you believe races determine anything other than geographical evolutionary traits, you are, in fact, unintelligent. 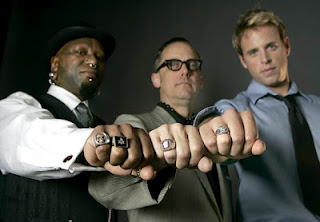 In our qualifications required for admittance into a lodge of Masons, it is asked Are you "freeborn"? We also take an oath to be level and upright and to obey the laws of our country. So naturally in the days of our rituals writings it would have been a violation of our masonic oaths to let (what was then considered) someone's "property" to be an equal. However this is where we have made progress in leaps and bounds. Slavery is no longer in practice in the United Staes of America, but nonetheless this is still within our ritual. It does seem from the earliest times of Freemasonry we have supported the not always popular idea of equality among all men and this being so, I believe it is the reason for the progress the world has made in equality of all men. 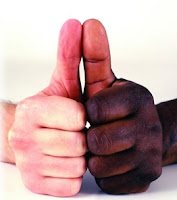 When I speak of equality between men, I am not writing of socialism or anything of that political nature. I speak of equality of a man's rights in this world both physical and spiritual. I speak of his DNA. An African American man's DNA is of the same as an Anglo's etc. We are the same species. We are tame beasts of this planet who search, live and build together. Our blood runs through the same heart. Whether an English gentleman or a "savage" from an unknown island who has never seen another man of color, we are the same. I am sure that the human race will persevere through the eons. I am equally as sure that our fraternity will survive as well, although there may be rough spots with low membership. One day there will be a time when two people meet in a cafe or office somewhere, and they will ask "Whence came you?",  and the answer will for the first time be two fold. The first answer, you know, and the second answer will be "Earth".
~Robert Johnson
Robert Johnson is a regular contributor to The Midnight Freemason.  He belongs to Waukegan Lodge No. 78. He is also a member of the York Rite bodies Royal Arch, Cryptic Council and Knights Templar. Brother Johnson currently produces and hosts a weekly Podcast (internet radio program) Whence Came You? which focuses on topics relating to Freemasonry. In addition, produces video shorts focusing on driving interest in the Fraternity and writes original Masonic papers from time to time. He is a husband and father of three. He works full time in the safety industry and is also a photographer on the side as well as an avid home brewer. He is also working on two books, one is of a Masonic nature.