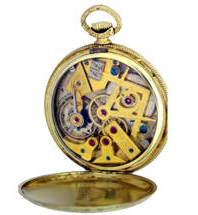 When I first became a Freemason, an entered apprentice that is, I was mentored by a great man. His name was Curtis Carman. At a point in my life before I knew who I was, he told me so many things that changed the way I looked at things. But one thing he told me was how valuable time was. He said to me, "Once you become a Master Mason, don't get sucked into joining other appendant bodies right away. If you do, you'll have a meeting every night, and while that means you'll always have a friend at the lodge, you won't have one at home." What he meant was that if you have a meeting every night of the week, your wife might get upset and even leave you.

He told me to wait a year and then it would be okay to join an appendant body. His reasoning was two fold; first to dedicate yourself to learning and growing within the lodge i.e. subduing your passions and improving yourself in masonry, and secondly, to make sure you have time to practice what you have learned within your community and most importantly at home with your family. As you may well know, masonry is a family first organization and nothing should interfere with the time you spend with them.

Robert Johnson is a Freemason out of the First North-East District of Illinois. He belongs to Waukegan Lodge No. 78. He is also a member of the York Rite bodies Royal Arch, Cryptic Council and Knights Templar. Brother Johnson currently produces and hosts a weekly Podcast (internet radio program)Whence Came You? which focuses on topics relating to Freemasonry. In addition, he produces video shorts focusing on driving interest in the Fraternity and writes original Masonic papers from time to time. He is a husband and father of three. He works full time in the safety industry and is also a photographer on the side as well as an avid home brewer. He is also working on two books, one is of a Masonic nature.