Review of Stephen King's Dark Tower: Wind Through the Keyhole 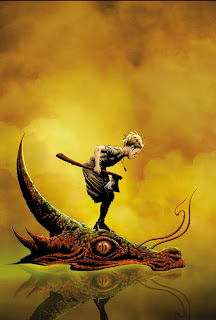 I know there are a lot of fans of Stephen King's Dark Tower series on here--my post about the Dark Tower Series still holds the record for view count.  I ripped through Stephen King's latest installment, The Wind Through the Keyhole recently, and I must say, it's good to be back in Roland's world.  In the chronology, it falls between Wizard and Glass (book 4) and Wolves of the Calla (book 5).

Do I have to read all the Dark Tower books first to enjoy this one?

No--Stephen King answered that question in the introduction, and gives you all the information you need to know to enjoy the story (which isn't much).  It does very well as a stand-alone story, and what a remarkable story it is.  Actually, it's three stories.

It begins with Roland and his ka-tet where we left them at the end of Wizard and Glass.  Sheltering from a terrible storm, Roland helps to pass the time by telling a story, actually two stories--a story within a story nestled together one inside the other like Russian nesting dolls.  It starts out with Roland's story going back to when he was a young gunslinger and was send to hunt down a skin man--a shapeshifter.  And of course that story falls into another story. 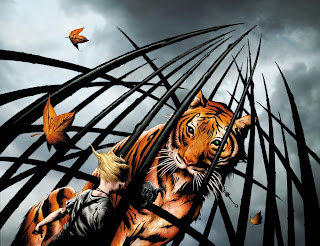 Many readers weren't very satisfied with the conclusion of The Dark Tower Series. It was fun to jump back in the story and find Roland, Jake, Eddie, Susannah, and of course, Oy back along with path of the beam.

It was a great yarn, and will give fans another look into Roland's mysterious world. And for Stephen King, it was really short, too, at just over 300 pages.  Well worth the price of admission. As Stephen King said in the book "A person's never too old for stories.  Man and boy, girl and woman, we live for them."

I have a feeling this book is going to introduce many new readers to Roland of Gilead.  Read it, and if you enjoy it, the series starts with The Gunslinger and the words "The man in black fled across the desert, and the gunslinger followed."