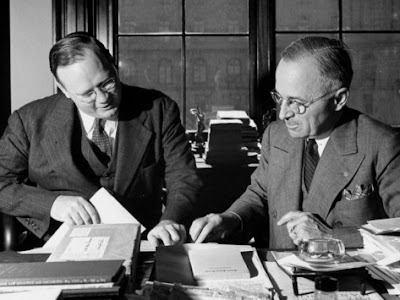 “There is nothing new in the world except the history you do not know.”

Harry Truman's early love of history and biography engendered in him a belief that the secret to understanding human affairs lay in studying the past, and he devoted himself to that study and that understanding. Dean Acheson, his Secretary of State and longtime friend, once said, “The ability to listen is very rare. I have known very few men, particularly men in high places, who have been able to do it. Most public men I have known were not accustomed to the sound of any voice save their own . . . Mr. Truman not only had the ability to listen, he could hear, which is quite another thing. And at the end of a conversation, he not only remembered what he had heard, he understood and made use of it.” He also seems to have remembered everything he read, understood it, and made use of it.

He listened to history, and so was able to see the present with a clear eye.