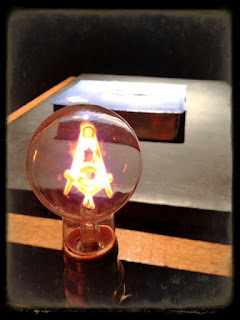 It happens.  We're not perfect.  We're human.  Those aren't exactly earthshaking revelations are they?  When the anti-Masonic party courted him as a potential presidential candidate, Most Worshipful Brother Henry Clay acknowledged the imperfections of the craft, "It does not practically effect all that it theoretically promises."  However, he added, "But it must not be said that I concur in the denunciation of Masonry...  I would not denounce and formally renounce it to be made President of the United States."

Still, when we feel a Brother does not live up to Freemasonry's standards, we're surprised and hurt.  When it happens it's best to think it through in light of those theoretical promises Brother Clay mentioned.

A ray of hope is there in such situations in that within the fraternity, we are always dealing with the issue on a higher level.  That is, the Brother whom we perceive to have wronged us has knelt at an altar, his hands on his Volume of Sacred Law and sworn before God Almighty that he will not cheat, wrong or defraud another Brother. 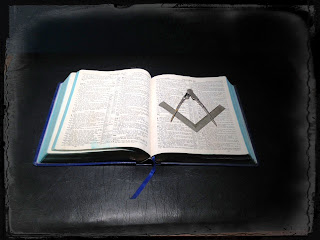 There is also another side to the coin.  It bears asking, "Does that Brother think I have disappointed him? Am I doing everything I can to 'subdue my passions and improve myself in Freemasonry?'"  And remember, that other Brother should be asking the same.

There are no easy answers and never will be; but we should have a leg up on solving our differences because we are, in fact, Brothers.

As far as that motorcycle thing goes, I happen to be a biker who has been down.  I have the crushed leg to prove it.  In my own particular case, I upgraded my ride to a Harley Trike.  That third wheel helps to keep me a bit more stable. It would be great to have a third wheel to help steady our Masonic relationships, too, wouldn't it?

Come to think of it, we do.  We call it an obligation.

W.B. Steve Harrison is a Past Master of Liberty Lodge #31, Liberty, Missouri.  He is the editor of the Missouri Freemason Magazine, author of the book Freemasonry Crosses the Mississippi, a Fellow of the Missouri Lodge of Research and also its Junior Warden.