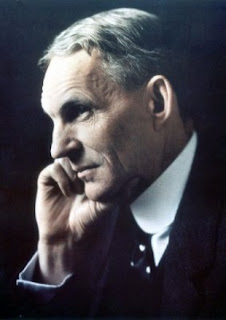 
It's never been difficult to accept credit for something when everything goes right, but it's always been hard to accept blame when things go wrong.  It's much easier to assign blame, than accept responsibility.  But what we often forget is that we learn much more from an error than we do from a success.  A person that never makes a mistake doesn't have the opportunity to learn from it.  They never learn to adapt, change, and try again.  They never learn to look at problems from other angles and see other possible solutions.

It's difficult to be wrong.  It's embarrassing to fall on your face.  It's hard to be laughed at.  But a person that is never criticized never learns to accept criticism and goes through life terrified of the prospect of making a mistake and looking foolish.  They never learn to rise above it.  They never learn to brush themselves off and keep on going with the experience of that mistake behind them, and the wisdom of a valuable lesson learned the hard way.


Todd E. Creason, 33° was the original Midnight Freemason. He's the author of several books and novels, including his popular Famous American Freemasons series.  In 2012, Todd expanded his popular blog The Midnight Freemason into a collaborative effort Midnight Freemasons. Todd is the Past Master of Ogden Lodge No. 754 (IL), and a member of both the Scottish Rite, and York Rite. He's also a member of the Ansar Shrine (IL) and Charter President of the Illini High Twelve in Champaign-Urbana (IL).  He is also the author of the blog From Labor To Refreshment . . .