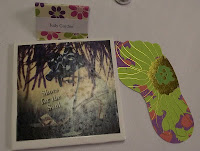 "If my mind can conceive it, and my heart can believe it, I know I can achieve it."
~Reverend Jesse Jackson
Harmony Lodge No. 8 PHA, Illinois 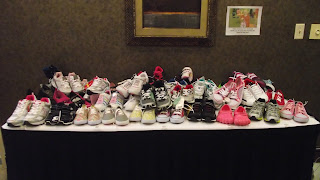 Did you know the average woman buys four pair of shoes per year!
Shoes for the Soul was the theme for the Cryptic Council Ladies luncheon at the York Rite Grand Session. As hostess I asked the Masonic Ladies if they would bring a pair of new shoes to benefit the children when they would start school. These shoes would be donated to the the Pekin Christian Civic Outreach.


So many children start school without shoes, let alone new ones. After the luncheon, I called the director and told him I had a surprise for him. I would be donating fifty pairs of shoes to the outreach center! A tiny voice said, "did you say 50?"  "Yes, I said 50!"

Now there will be 50 children in Pekin who will benefit from the Shoes for the Soul Luncheon...SUCCESS!!!


Judy Gordon is very active in Job's Daughters. She's the Past Honored Queen, and Bethel Guardian of Bethel No. 55, Pekin (IL). She received the Cryptic Masons Masonic Youth Leadership Award along with her husband, Ray Gordon in July 2007. She's also Past Matron of the Morton Chapter No. 974 (IL) of the Order of the Eastern Star and Historian of the Emblem Club No. 424 of Pekin (IL) Judy is the recipient of the Degree of Royal Purple (2012) and elected as the Grand Marshal for Illinois Job's Daughters (2015-16). Ray and Judy have three grandkids, and a very spoiled dog, Reggie (who incidentally volunteers as a Therapy Dog at local hospitals and nursing homes.)

Todd's Note:  Congratulations on the success of your charity lunceon.  That's a tremendous accomplishment.  I would like to also point out that while women buy 4 pairs of shoes every year, men average four pairs of shoes a decade . . . at least the ones I know.  :-)