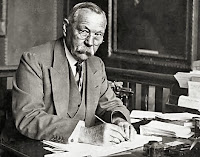 "There is nothing more deceptive than an obvious fact."
~Arthur Conan Doyle
Phoenix Lodge No. 257, England
For Valentine's Day, my wife gave me a wonderful gift--The Annotated Sherlock Holmes: Volume 1.  I've had my eye on them for a long time, but they were a little pricey (about $120 for all three volumes).  She knows me well, and it was a great gift.  For the past week, I've been slowly working my way through the stories from The Adventures of Sherlock Holmes and The Memoirs of Sherlock Holmes.  It's a huge 10 x 8 book, over six hundred pages in length, and featuring more than 450 illustrations (not counting margins crammed full of detailed notes.) 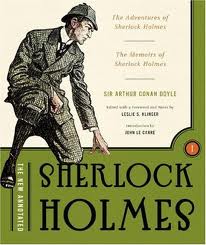 The margin notes and period photographs have really enhanced my enjoyment of the stories. I've read the stories many times over the years, and there were always parts I didn't understand--Conan Doyle was writing stories in his own era for people of his own era.  There were many references to popular literature, theater, and science of the time that I simply didn't catch.  All those references are explained in the margins of this volume.  I can honestly say that I now know the difference between the types of horse carriages used during that period now, and now know what a gasogene is--handy bit of cutting edge Victorian technology for those back then that might like to have a scotch and soda.  Those notes and illustrations have greatly broadened my understanding of the Victorian Era. 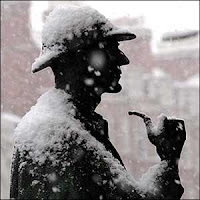 And in case you're wondering--in all, there are 56 short stories, and four novels in what Sherlockians call "the canon."  If you haven't read them, you should give them a try--they're timeless.