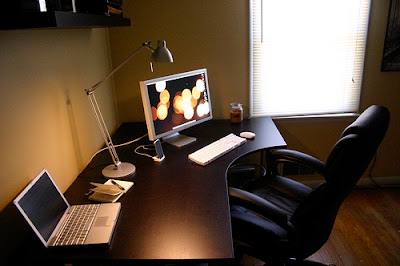 It's true. I'm in the process of wrapping things up now.

Over the next couple weeks, I'll be finishing up a few projects (one with my good friend and Brother Master Mason Michael Shirley), and then I'll be shutting down for what could be an extended leave from writing.  I do plan on continuing to post on The Midnight Freemason as long as the interest remains, but I'll probably cut down on it a little bit (and I've asked a few friends to guest post on occasion as well).  But there won't be another book for quite some time.

I've been given a once-in-a-lifetime opportunity, and I'd be foolish to pass it up.  I never finished my bachelor's degree.  I've worked on it on-and-off for years, but recently I was given a tremendous incentive (and the opportunity) to finish it.  It will take me approximately two years--and depending on how this goes, I may not stop with that. We'll see what happens.

Unfortunately, I won't be able to be both a full-time employee, a full-time student, and a part-time writer (and lets not forget husband and dad in there, too).  It's been a very difficult decision to make.  I really enjoy writing, and hopefully, the idea of getting back to it will push me to finish up as quickly as possible.

I realize the timing is a little odd with the recent release of my fifth book A Shot After Midnight.  But with the new book, many have asked me what I'm going to be working on next . . . so now you know.  I'll be working on me (and many would argue I could use extensive work).  And, of course, in this most recent novel, I left a hell of a cliff-hanger!  Be patient.  Believe me, the next one is the best story I've come up with, in fact, it's the story I've been working up to with the previous two novels.  The next story in the Twin Rivers Series has been the goal of these novels from the very beginning.  I knew where I was going from the first book--it's an idea I've been toying with for nearly 20 years.  If you read the first two novels carefully, it's all there. There will be a lot of surprises in the next one. I promise you, it will be worth the wait.

I'll still be around, just in a reduced capacity.  And I'll still be here, so be sure to continue to stop in.  I'm very pleased to tell you that March 2012 was my best "hit" month since I started.  I enjoy this, and I'm certainly not giving this up.  Who knows, fewer posts may be a positive thing--as my wife is so fond of pointing out, a little of me sometimes goes a long, long way.

And thank you all, for your support, your comments, and your emails.  I'm not done yet--I'm just getting started.  I'm just going to take a little time to smooth some of the edges on that ashlar.