This is the sixth in a series of articles about Benjamin Franklin's Virtues: 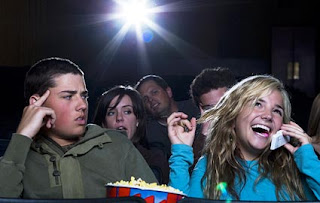 Speak not but what may benefit others or yourself;
avoid trifling conversation.

Sadly, polite manners and common sense have not kept pace with the modern technological developments of our rapidly changing society. In the world of Facebook, Twitter, cellphones and text messaging, many Americans spend so much time focused on themselves, and talking about themselves, and how wonderful they are, they seem to forget that other people exist at all.

We don’t listen to each other anymore. We’re so busy talking that we’ve forgotten than God gave us one mouth, but two ears. We’ve become a very selfish society, where it is perfectly acceptable to answer a phone call and have a loud discussion in a movie theater. Where it’s perfectly fine to block traffic in a busy intersection while you answer a text message. Where it is not considered rude by many to play ‘Angry Birds’ on your iPhone instead of listening to a presentation a co-worker spent weeks putting together.

Give yourself a break. Go off-line one day this week. Leave your cellphone at home. Stay off Facebook and Twitter. Give the ‘Angry Birds’ a rest. Notice the things going on around you for a change, and live in the real world for just one day. Listen to what other people say. Read what other people have written. Think about what you’re saying before you say it.

You might just realize after re-introducing yourself to the real world again, that it’s not all about you. You learn much more by listening than speaking.

This is one of a series of Wednesday postings that examine the 13 Virtues Benjamin Franklin believed necessary to achieve moral perfection.  You can find all the related articles by searching the blog under the “Franklin’s Virtues” label.