This is the eleventh in a series of articles about Benjamin Franklin's virtues: 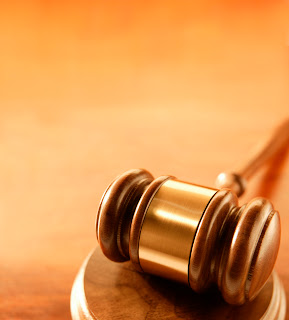 "Wrong none by doing injuries, or omitting the benefits that are your duty."

The concept of justice has been argued by philosophers for centuries, but it basically boils down to making sure everyone gets what they have coming to them.  If you do a day's work, you should receive a day's wages in a just world.  If you wrong somebody, you should be punished in a just world.  It means paying people fairly.  It's about not expecting people to do extra work without proper compensation.  It's about making sure that justice is blind, and the same punishments are distributed fairly for the same crimes.

We too often see justice as something our legal system or our government is responsible for ensuring, but we're all responsible to ensure that justice is served.  We see a co-worker treated badly and say nothing.  We hire somebody to do a job for us at far below what we know the job's worth.  We see somebody discriminated against and do nothing to rectify the situation.  We know somebody is guilty of a crime and say nothing because we don't want to get involved.

We can't depend on the police, the courts, and the government to provide justice.  If we want to live in a just society, we, as individuals have to take an active role.

This is one of a series of Wednesday postings that examine the 13 Virtues Benjamin Franklin believed necessary to achieve moral perfection.  You can find all the related articles by searching the blog under the “Franklin’s Virtues” label.