This is the twelth in a series of articles about Benjamin Franklin's virtues: 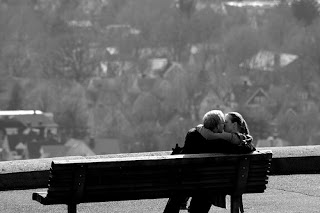 "Rarely use venery but for health or offspring, never to dullness, weakness, or the injury of your own or another's peace or reputation."

Perhaps the concept of chastity is outdated in our new modern society.  We live in a world where sex is everywhere.  It's used to sell goods and services, it's all over the internet, all over television, and the idea of waiting until marriage to have sex is laughable to many today.
But it doesn't seem like we're better off living in a world where sex is meaningless--just look at our divorce rate.  In our hook-up culture, we look at dating and sex the same way we look at buying a car--we're not going to buy a car without taking it for a test drive.  And after we buy that car, we'll drive it for a few years, until something goes wrong or it fails to thrill us anymore, and then we'll just trade it for another (perhaps a newer model.)
The problem is, casual sex doesn't prepare us for settling into a meaningful relationship, in fact, it makes it more difficult for men to settle down, and give up the fun and adventure of new conquests.  It's also very hard for a "player" to find someone to be in a relationship with, due to his reputation and sexual history.  It's going to be hard to find a nice girl to settle down with someday that's going to forgive you for your numerous sexual partners--let alone ever trust you knowing your past behavior around the opposite sex.
It would be a difficult sell to convince a young man to think twice about jumping into bed with the first female that winks at him, but it's worth thinking about.
~TEC
This is one of a series of Wednesday postings that examine the 13 Virtues Benjamin Franklin believed necessary to achieve moral perfection.  You can find all the related articles by searching the blog under the “Franklin’s Virtues” label.