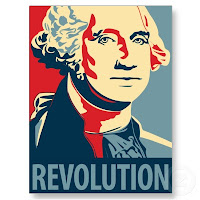 "Precedents are dangerous things; let the reins of government then be braced and held with a steady hand, and every violation of the Constitution be reprehended: If defective let it be amended, but not suffered to be trampled upon whilst it has an existence."
~George Washington

Bro. Washington understood the dangers to our founding document even before the ink was dry on it.  He knew there would be those that challenged it, tried to ignore it, or disregard it when there was some goal they wished to accomplish.  Obviously, the same is true today. The constitution protects the individual against the government by limiting its power.  The larger the government, the smaller the citizen.  If you recall your history, it was large government, out of touch with and unconcerned about their citizens, that America rebelled against.
~TEC