What Is the Scottish Rite of Freemasonry?

﻿This time of year, many of the Scottish Rite Valleys in the Northern Masonic Jurisdiction are holding their Fall Reunions.  In fact this weekend is my valley's reunion, the Valley of Danville (IL).  I get this question every once in awhile, and I thought this would be a good opportunity to try and answer it.

Once a man becomes a Master Mason in his local lodge, or Blue Lodge, he has received the highest degree in Freemasonry--the 3°.  However, that doesn't necessarily mean he's done. If he wants to, he can decide to continue learning more about the principles of Freemasonry by joining one of appendant bodies of Freemasonry where he can receive additional degrees--additional degrees, not higher degrees. As I said, there is no degree higher than that of Master Mason. The York Rite is one of these appendant bodies (and I'll talk about them another time), and the Scottish Rite is another.

The Scottish Rite offers twenty-nine additional degrees--and no, you don't have to be from Scotland, or go to Scotland to receive them. If you're a Master Mason, you can do that a little closer to home.

The degrees are performed like stage plays and often include elaborate costumes, lights, sound, music, and special effects.  The allegory in each of these degrees illustrates a particular principle, virtue or tenet meaningful to the Scottish Rite Mason.  Every year (in most places twice a year) a Scottish Rite Valley meets in what they call a reunion. That's the place where Scottish Rite Masons come together to socialize, and to put on degrees for new members who have petitioned to join the Scottish Rite.  Another purpose of a reunion is to continue the tradition of the Scottish Rite by conferring the 32° on another group of worthy Master Masons.

Reunions are a fun time for Scottish Rite Masons.  It gives us a chance to visit with friends we may only see twice a year at reunions.  For those that enjoy participating in the portrayal of the degrees it's also a great deal of fun. There are a lot of ways to participate--some like acting in the degrees and learning parts. Some help with lighting and sound, makeup, costumes, or helping to direct the degrees. If the only thing you know how to do is read, they'll give you a script and have you prompting the actors. It doesn't matter what you're good at or what you enjoy doing, the Scottish Rite Valleys have a real knack for putting it to use. And as I and many others have learned, the Scottish Rite also has a way of bringing out talents we might not have known we had.

But the Scottish Rite is more than just about reunions, degrees, and socializing--the Scottish Rite's goals, like with all the bodies of Freemasonry, is to make good men better, and the world a better place.  And at the Valley of Danville, we've been doing that for 107 years. 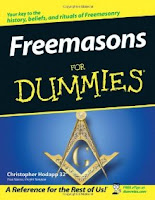