Jack The Ripper: Freemason Or Not? 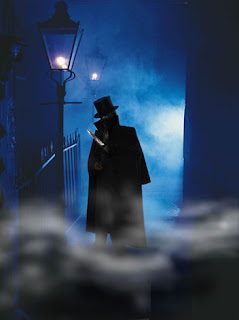 "My knife's so nice and sharp I want to get to work right away if I get a chance. Good Luck."
~Jack the Ripper
Over the course of several weeks beginning at the end of August 1888, five women, all prostitutes, were brutally murdered by one of the most notorious serial killers in history--a man known only as Jack the Ripper.  Two months later, as suddenly as the murders began, the crimes stopped, and Jack the Ripper dissappeared into the London fog forever . . . the case never solved.  But there are currently more than a hundred theories on who Jack the Ripper actually was, and in on of those versions, it is alleged that Jack the Ripper was a Freemason! 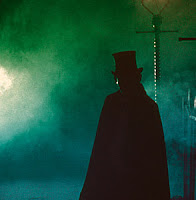 This theory first surfaced in Stephen Knight's 1976 book Jack the Ripper: The Final Solution.  Knight believed that Jack the Ripper was actually Dr. William Gull--Queen Victoria's own physician.  The story goes that the Queen's grandson, Prince Albert Edward had secretly married a hooker by the name of Annie Crook, and they had a child.  As an heir to the throne, Queen Victoria (or possibly the Prime Minister) ordered that everyone who knew about the secret marriage should be eliminated--and Freemason Dr. Gull was the man selected to take care of it.  Interesting story, and Knight based it on a story told by Joseph Sickert--his grandfather was a painter and insider back in the days the murders took place (and oddly enough, his grandfather is also suspecting of being Jack the Ripper according to a couple of the theories).

The murders themselves supposedly indicated there was a tie to Freemasons--the mutilations of these women were supposed to allude to the Hiram Abiff allegory in the degrees of Freemasonry.  There was also a note written in chalk allegedly erased by Commissioner of Police (and Freemason) Sir Charles Warren to protect the Freemasons scrawled on a wall near one the victims that read:  “The Juwes are the men That Will not be Blamed for nothing.”  According to Knight, this reference to Juwes referred again to the Masonic ritual, and Hiram Abiff's challengers Jubelo, Jubela, and Jubelum (the juwes).
But there are a few problems with this theory.  First of all, Dr. William Gull was not a Freemason.  And another problem is that nobody besides the author Stephen Knight ever called Hiram Abiff's three challengers "Juwes."  And the biggest problem is that Joseph Sickert, the source of Stephen Knight's book, later retracted his story, and called it a hoax--or as he put it "a whooping fib."

So was Jack the Ripper a Freemason?  Since he was never identified--who knows?  But if he was, I hope they didn't let him be the Tyler . . .