Ron Paul: Freemason Or Not? 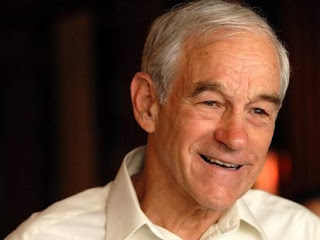 "Our country's founders cherished liberty, not democracy."
~Ron Paul
Ron Paul has worn many hats in his lifetime.  He's a medical doctor, a U. S. Representative for Texas' 14th District since 1997 (and between 1979-1985 for the 22nd District), an author, and is currently making his third run in the 2012 Presidential election.  Of all the candidates, few can claim to have the kind of enthusiastic support as Ron Paul has enjoyed.
﻿
﻿ It has often been reported that Ron Paul is a Freemason. The evidence seems (again) to be blurry photos of awkward handshakes, and like with George H.W. Bush and George W. Bush, photographs of him making a hand gesture that most of us know as the "Rock On" sign.  It seems silly to point out, but Ron Paul is from Texas (like the Bush family)--that would be Longhorn country, and that hand gesture the Masonic conspiracy theorist keep pointing to as evidence is actually a hand gesture used by Longhorn fans . . . you get it now?  And I'll point out again, the hand gesture has no Masonic meaning what-so-ever.﻿﻿﻿﻿﻿﻿
﻿﻿﻿﻿﻿Ron Paul's father was a Freemason, and Ron Paul himself has spoken out favorably about Freemasonry on several occassions--he's even given speeches in Masonic Halls (which also seems to be used as evidence he's a Freemason).  But Ron Paul is not a Freemason, as he himself has said numerous times.
So there you have it.  Ron Paul is not a Freemason.
~TEC
﻿﻿