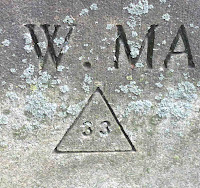 We all wind up there one day, and this is a collection of tributes paid to famous Freemasons when they finally pass into that house not built by human hands--the Celestial Lodge. 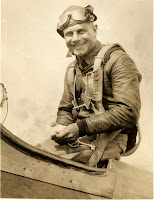 When Jimmy Doolittle died in in 1993, he was buried at Arlington National Cemetery with full honors.  One of Doolittle's raiders attempted to play "Taps" at the service, but overcome with emotion, he was unable to finish.  He passed the bugle to a young man, who finished it flawlessly as the few remaining B-25s in existence flew overhead in his honor.  The young man that finished "Taps" was Jimmy Doolittle's great-grandson. 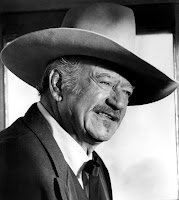 In 1979, Hollywood knew they were about to lose one their favorite leading men.  As John Wayne's condition worsened, a large group of Hollywood actors and actresses descended on Washington D.C. lead by one of Wayne's favorite co-stars Maureen O'Hara.  They testified before Congress, and Congress listened.  On his 72nd birthday, May 26, 1979, he was awarded the Congressional Gold Medal.  On one side, the medal shows Wayne on horseback, and on the other was his portrait and the simple words, "John Wayne, American."  A fitting tribute to The Duke--one of Hollywood's greatest actors. 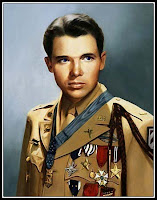 Audie Murphy was the highest decorated soldier of World War II, his awards including the Medal of Honor.  He was buried at Arlington National Cemetery in 1971 with full military honors.  The gravestones of recipients of the Medal of Honor are normally decorated in gold leaf, but Audie Murphy had specifically requested his stone remain plain and inconspicuous--that of an ordinary soldier which was the way he saw himself.  Even so, a special walkway had to be constructed later because of the large number of visitors who came to pay their respects. His grave site is the second most visited at Arlington, second only to President John F. Kennedy. 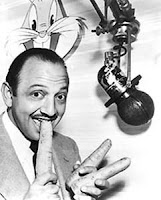 Mel Blanc, the Man of 1,000 Voices, dedicated his life to making people laugh with his unique talent--especially children.  In fact, he showed up at Shriners Hospitals regularly, visiting the children who were patients there, and doing the voices of their favorite cartoon character.  He once said, "Visiting these brave kids makes you count your blessings, and your own troubles seem very small by comparison."

When Mel passed away in 1989, Warner Brothers honored him with a touching special lithograph that showed many of the Looney Tunes characters he'd voiced during his long career standing with their heads bowed behind the empty microphone.  The inscription on the bottom read "Speechless."

But even in death, Mel wasn't done making people laugh--he managed to get one more.  According to his wishes, the epitaph on his tombstone reads simply, "That's all, folks!"